Myeloid-derived suppressor cells (MDSCs) are undifferentiated white blood cells that are known to downregulate T cells and upregulate regulatory T-cells (Tregs). This compromises the immune system allowing tumors to thrive and makes it difficult for cytotoxic T cells to kill cancerous cells. There are many hypothesized pathways as to how MDSCs are recruited to tumor microenvironments. C-X-C chemokine receptor type 4 (CXCR4), a protein found in cancer cells, is thought to recruit MDSCs which then allow the cancer cells to survive in vivo. This research was focused on silencing the recruitment of MDSCs to 4T1 cancer cells (a type of cancer cells that can survive both in vitro and in murine models) through using Clustered Regularly Interspaced Short Palindromic Repeat/Cas9 (CRISPR/Cas9) to turn off the gene that produces CXCR4 proteins. Although this research was not able to conclude the CXCR4 was knocked out of the 4T1 cells, through a western blot and cell cytometry, it was proven that there is, in fact, CXCR4 proteins in 4T1 cancer cells. ​ 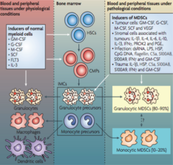 Approximately 332,630 people are diagnosed and 41,400 die of breast cancer (BC) in the United States every year [1]. Although a 12.44% death rate may seem minute, the majority of people that are diagnosed with BC go through some sort of invasive treatment in order to slow down the spread and kill the BC cells. 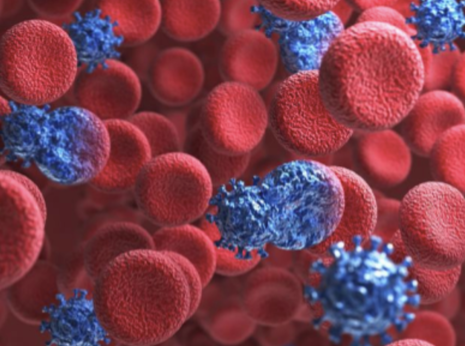 Myeloid-derived suppressor cells (MDSCs) are undifferentiated white blood cells from the bone marrow that inhibit T-cell function and up-regulate regulatory T-cells (Tregs) [2]. MDSCs have been defined as “phenotypically heterogeneous myeloid cells” since they are not a constant set of identical cells [3]. It has been found that anti-tumor immune responses can eliminate cancer cells [4]. This response is initiated and carried out by the immune system. If a major piece of the immune response is compromised by MDSCs, it is more difficult for the immune system to eliminate cancer cells. Cancer has to surpass the immune system to exist [5, 6]. The increase in Tregs is thought to trigger the nitric oxide synthase (NOS) pathway thus leaving the body more susceptible to cancer metastasis [7, 8]. Scientists still do not know how MDSCs are signaled to stop fully developing and how they are recruited to the tumor site. In order to study MDSCs, 4T1 cancer cells are often used in murine animals. 4T1 BC cells in murine models were found to cause mammary carcinoma metastasis (a murine equivalent to BC) and are often used to study BC in a lab environment [9].

It is still not known for sure how cancer cells signal to the body to make and cluster MDSCs [10].

WHY STOP MDSCS AND WHY CXCR4 IS A PROBLEM

It is hypothesized that CXCR4 cells cause MDSCs to be produced and then recruit them to the tumor [13, 14]. A vast amount of research on MDSCs has been performed on murine models. In murine models, it has been found that anticancer treatments are more efficient when they have a fewer presence of MDSCs [11]. 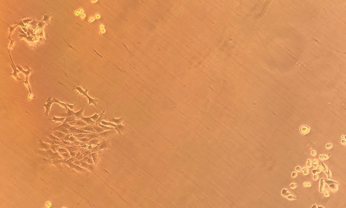 If there was a way to inject a plasmid into the body and stop the cancer cells from protecting themselves from being destroyed by the body’s immune system, it is hypothesized that the body may be able to eradicate the cancer cells. T cells are produced in the thymus and there are three different types of T cells with different functions, but the cytotoxic T cells that kill antigens are the T cells that kill cancerous cells [15]. MDSCs are created by the constant presence of inflammatory mediators; the MDSCs then suppress the production of T cells [16]. With Clustered Regularly Interspaced Short Palindromic Repeat/Cas9 (CRISPR), if one is able to silence the recruitment of MDSCs, it is hypothesized the body’s immune system will be able to destroy cancer cells within the body. Without the BC tumor recruiting MDSCs to protect it, the immune system will hypothetically be able to attack and rid the body of cancer.

Research Made possible by: